In two words DOMESTIC VIOLENCE.
Once your partner goes down this path you can expect lie after lie. Even given that there are well documented statistics that put women and men on a fairly equal stance as far as violence goes the courts totally dismiss these findings and adopt the "he did it" attitude.
You may not have done anything that could even remotely be termed as violent but once the statement has been made it flavors all proceedings and the stink will remain with you no matter what.
Sadly our system encourages poor behavior all around. It is my belief that the winning party is most often if not always the person whom is willing to lie the most and the courts being tainted with gender bias as they are, always accept the woman's word as given. Males are to be judged guilty until proven innocent. Again that's just the way it is. If you cannot get your head around that, if you go into court with the truth and intend not to be deceptive then the outcome which would be considered bleak at best will in all likelihood be even worse. Your partner may have lied about her whereabouts, her input with the child, your input with the child, past promises made, involvement by third parties effecting the marriage, even your health and yet the courts will in all likelihood disallow you to bring facts like this into the court. Usually they will be explained away as simple semantics by your own lawyer. I don't advocate lying and was always brought up to believe honesty is the best policy. I still believe that. I am simply stating that this is not the way it is in court. Make and take of that whatever you will. If you think to gain financially from divorce then it's pretty simple what you should do. And if you are a mother the court will bend over backwards to help you do it. It's also painfully obvious as a father if you want meaningful input with your child what you should do. Meaningful input is not 2 days per fortnight. That's what you will likely get as a responsible dad whom has had more input with the children than the mother.

The courts and our lovely government both past and present refuse to acknowledge any link to suicide statistics in family law and yet it's another obvious contributor. A typical outcome for a father with young children especially with the help of lawyers is for that father to be stripped of any meaningful paternal input, loss of the family home, substantial loss of assets and if that father has 3 children or more then their ability to support themselves is extremely diminished by way of the Child Support System which is supposed to be there for the benefit of the children however, if for example the mother chooses to spend the money on herself or others then it's perfectly alright. Nobody would dispute that money given to support children is a good thing but the CSA is also a gender driven department and has clearly differing attitudes towards the way it treats fathers and mothers seemingly hunting fathers to the ends of the earth and turning a blind eye to mothers whom fail to cooperate. 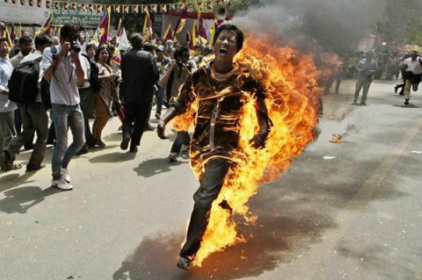 The courts operate under a veil of secrecy and seem uninterested in public opinion. A fact that the majority of public seem unaware of. Occasionally with high profile cases where somebody is murdered some of the injustices are mentioned but the the courts have such power they can seemingly make people disappear as with the highly embarrassing case of the father whom committed suicide in January of 2010 on the steps of the Brisbane family court by pouring an excellorant over himself and setting himself on fire. In fact the courts had such power they were able to suppress the facts and even his name being published. Sort of like sweeping the whole mess under the carpet. http://www.heraldsun.com.au/archive/news/man-sets-himself-alight-in-brisbane/story-e6frf7l6-1225876640631 Is it any wonder fathers often complain of the courts treating them like dirt. If we lived in a caring society there would at least be some kind of inquiry. Men are disposable within Family court. 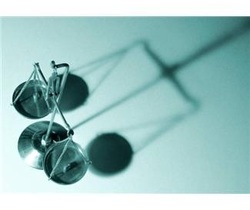 COURT POLICY
Court policy destroys family, rewards spiteful and deceitful nature, is a self promoting institute which self litigates and acts without having to answer questions of morality or human decency. Who regulates the regulators?
Even the constitution makes mention of parental rights and yet the Family court totally disregard it and try to promote responsibility by removing children and then enforce laws which further disadvantage one party over the other. This is Australia's answer to children pining for parental input.
Australian courts accept that they cannot legislate to make good parents and yet they seem to reward poor parenting. There are countless cases in which DOCS (Department of corrective services,) and child protection services here have intervened and  failed children year after year causing devastating effects and this has gone on for years.

Laws are manipulated and changed to suit the situation for example in one case the court saw fit to issue an order to take the child out of the family home where the police had deemed it fit to leave the child with the father and remove the mother from that home. The father wasn't even afforded the opportunity to even address the issue in court.
Manipulation of law and setting the scene for future court appearance is the desired effect. That is to say that if the father is a good parent and has been at home for the predominant period with the child or if the child is more heavily bonded with the father over the mother then the courts forcibly alter this by allowing manipulation of the law so that when the case comes before the magistrate in a final decision it is then deemed the wrong thing to place the child with the father. As with many cases these orders are issued without even gaining the father's input or side of events.
The attitude that the males are always at fault and mummy knows best is heavily promoted by all those in the legal system when in fact often times this is simply just not true or the case.

If you need to clarify in your mind how any of this can be true perhaps a good read is that by Sir Bob Geldof on his experiences with the United Kingdom's family law system-
http://www.amen.ie/Downloads/26045.pdf
The Family Law courts can be seen as even being somewhat perverse in their methodology towards justice!

Continually now for the last 10 years I have listened time and time again to government hype and witnessed and even partaken in inquiry after inquiry into family law and it’s pitfalls, supposedly with the intent of improving a system that clearly has negative impacts on what is left of family at the most crucial of times being the onset of and finalization of divorce. The deeper effect on society  in general, extended family and the added pressure the courts promote needs to be addressed. New groups like the new Facebook page of women supporting shared care can help but we have so far to go that I doubt in my lifetime I will see equality even for my children's sake.
https://www.facebook.com/LeadingWomenForSharedParenting?ref=stream&hc_location=stream

One of the more recent  introductions promoting the misery of family law are the relationship centers. Do they work?
Well they could in some cases but most definitely not if you have one parent unwilling to include the other parent,  or if money is the driving factor behind their motive or simple spite. In these cases relationship centers  are yet another hurdle to victimized or already scapegoated parents. Again it is always assumed that the mother restricts access for good parental reasons when in fact often this is not the case.

The Family Law Act prevents the media from reporting on any person involved in a family law matter - even after death. Allowing the Family Law Court to operate under a veil of secrecy has created a breeding ground for corruption and failure which is systemic and in dire need of reform. The first step to understanding the scope and scale of the Family Law Court's failures is to lift the veil of protection it currently operates under. We need to hear and understand the stories of the children it has failed to protect and begin a process of reform that is child-centric and open to scrutiny much like what is happening within the Catholic church now. We need to understand how our system of law creates and promotes unimaginably cruel situations for people and pushes them over the edge at times. All which would be lessened within a fair child focused law which includes both parents and doesn't have a priority related to money.