A wicked and corrupt system of Law.  That is in my opinion of course and you are welcome to your opinion on this matter as well but statistically if one asks in the greater community, the known facts about what actually occurs in court are pretty damning.
Family court in a nutshell is simply a platform where as a male you will be portrayed as an evil doer whilst not having your child's best interests at heart. I could leave it at that and it tells it all. But one should understand why.

I am starting this site as an informal informative site for factual information which you won't likely get from lawyers or courts.
You can take advice from my site to either help you or hinder your partner but the facts are that if you only focus on what you want then your kids will lose in some way because of this. Fighting the injustice that is promoted by Australian family law as a male simply puts money in lawyers  pockets and will likely cause your ex with her lawyers help to fabricate lies about you. Again that is based on my opinion and experiences with family law and lawyers. A lawyer won’t of course directly tell your ex to lie but they will elicit and inform your ex of what will work in court because to even make the suggestion of for example you actually having a temper or getting angry at any point will deem you a violent candidate of domestic violence. And that’s enough to remove you from your kids’ lives forever and make you pay for the privilege.
The old saying of "Boys are made of slugs and snails and puppy dogs tails" still rings true in our courts.
I make no excuse of telling it how it is. Something you won't get the chance to do in court.
The courts state that "The law has to be seen to be just." It has to give the appearance that it is just but in effect it doesn't actually have to be just.

If lawyers only informed fathers of the disparity that exists in court and the injustice that is dished out on a daily basis I personally would have a lot more respect for them however that would be tantamount to shooting oneself in the foot. To bag the industry that you’re working in would after all be foolish especially if it’s your bread and butter or should I say Ferrari and mansion. I remember ten years ago paying upwards of $180 per hour for my lawyers whom took holidays at the most crucial times, accused me of not being reasonable and even threatened to charge me more in the middle of a trial. Explanation- A family court trial is not a trial as such and magistrates see trials as simply time wasting. After all most deals are done by your lawyers even before you get to court.
The likely explanation you might get from your lawyer is "if you've had good input as a parent or been the main carer then the courts have to acknowledge that."
What they won't tell you is that no matter if you're doing all the nappy changing, comforting, feeding, getting up in the middle of the night, then this really equates to you being irresponsible. Not getting a job "like a real man." And yes! That is the way the courts are. No amount of effort made by any father is going to be accepted as better or equal to that of a woman. It's a gender issue.

And again yes, this is my interpretation of the law. It's what I've lived through and yet I've spoken to so many whom have tales of similar results.
What kind of system takes perfectly good parents and because they cannot agree chooses to simply discard one of those parents from meaningful parental input? Australian Family Law. An out dated, gender driven and at it's core a corrupt system of law. 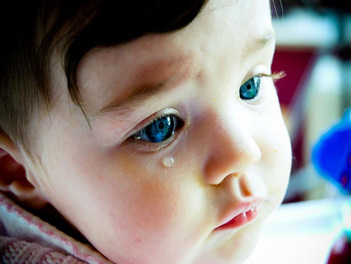 The victims.
Who loses?

Well as I’ve already said it’s the kids whom lose the most. It doesn’t matter who gets the money really. If there is a fight for the money and assets then your kids will be used, and the courts will encourage this by allowing perjury to take place. There really are no penalties for it especially if your ex sticks to the lies and they can’t be proved ie “He would water board me behind closed doors.” Well, maybe not a statement that extreme but you get the gist. It’s really only a foolish person whom might be convicted of perjury. In most cases to even introduce the word perjury to your lawyer would likely be laughed off as it’s almost a given that perjury on part of a woman is acceptable. I mean after all “she is a woman and a mother, what do you expect?” Well, that seems to be the general consensus.
Women and children first please gentleman. And definitely in that order.

Another really sad fact is that  a large proportion of men jump on the feminazi train without realizing it by supporting this concept or listening to the garbage touted by our news organizations, media and of course Family Court itself. If you were to believe them then we are all working towards a fairer society when in fact under family law nothing could be further from the truth. Men in general don't support each other as well as the ladies, don't press charges or even record incidences of violence against them, won't press charges against their spouses as readily, don't push for equality and do the manly thing which is supposed to be to take it on the chin or suck it up. Like a man!